New technologies — like smart phones — are adopted far faster than they used to be.

Source: The Pace of Technology Adoption is Speeding Up

Source: The One Prediction at TED That Really Will Come True | WIRED

Source: Paraplegics learn to walk after years with the help of virtual reality and exoskeletons — Quartz

Brain-machine interfaces (BMIs) provide a new assistive strategy aimed at restoring mobility in severely paralyzed patients. Yet, no study in animals or in human subjects has indicated that long-term BMI training could induce any type of clinical recovery.

Microsoft’s Alex Kipman is obsessed with creating new things, which explains why he played such a big role in developing the HoloLens.

Source: Everything You Need To Know About Microsoft’s Alex Kipman – Business Insider

When I attended the Experiential Technology Conference in May 2016, I heard from a number of commercial off-the-shelf brain-control interface manufacturers that their systems would not natively work with VR headsets because there are some critical portions on the head that are occluded by VR headset straps. Companies like Mindmaze VR are building in integrated […] 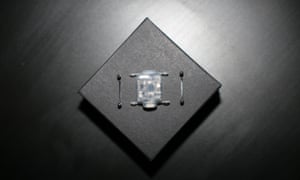 A small silicone gadget attached to the chest gives its wearer the ability to sense which direction they face. Could it prompt a ‘cyborg’ evolution in human ability?

Source: Meet the first humans to sense where north is | Technology | The Guardian